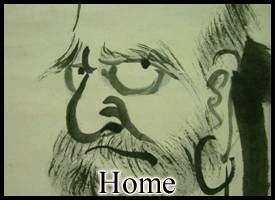 Other than the surface wordy aspect of ourselves, most people have only a glimmering of what goes on in their heads ... Nightly we dream several dreams that are marvelously accurate representations of one's life. Most are forgotten. Few can make use of dreams that are recalled ...We seem mostly unconscious, like wordy fools, barely able to remember what we have said, and with almost no idea how words themselves arise.
Wilson Van Dusen, The Natural Depth in Man

Many years ago I undertook the task of recording as many of my dreams as possible. To accomplish this, I went to bed with a tape recorder microphone on the pillow next to me. I soon trained myself to speak into the mike virtually every time I had a dream, without fully waking myself up. I was amazed at the material I obtained in this manner -- often having no memory at all of what my somnolent nocturnal voice was telling me from the tape.

In addition to hundreds of dreams, I also captured what seemed to be disembodied voices in this nightly net; these were phrases or sentence fragments which were experienced as totally "other" -- the utterances of spirits, for lack of a better hypothesis. They didn't actually speak onto the tape, but they spoke into my head and then I recorded what I'd "heard." Most of the time the phrases made no sense, and were unrelated to anything I could identify with in either my waking or dreaming reality. Often they had a Zen Koan-like quality. Here are some typical examples:

"Of Roman nations, the more better and exact are the worst."

"Hermes: in which all my cloud is suspended in the cage of the king."

"Bell was born almost a fortnight ago and his sister was born 3 weeks later." (A quantum concept of time here!)

"The ever-flow concept is the sea and the land feeding each other."

"People are afraid flying saucers might become legal in Ohio."

"All sloughs in the delta eventually interconnect."

One characteristic I soon recognized was the voices' tendency toward poetic expression -- alliteration and euphony being very common. Here are some representative examples:

"For now say no to all options for action."

"Men have gone bonkers over bananas from Chapmans."

"Manticizing the mystery of oriental panoply." (This, I recognized, was a reference to the I Ching.)

"Outside tigers do not pounce
From tree to tree,
But leave regal tracks
In the morning grass."

Occasionally, the content of the voices did make sense, though this was fairly rare. Here is an otherworld comment about rationalization -- at the time it was recorded this was very appropriate to my life situation:

"Reasoned excuse is not evidence for repudiation of the emotional intent of the law."

Later, when I was trying very hard to make some kind of structured sense out of my nightly images (and being highly frustrated at my inability to do so) I received this disturbing and strangely numinous message:

"The organizational chart makes it impossible to communicate with headquarters from the field."

An interesting series of messages came within a few weeks of each other and were all related to my newfound interest in Tantric theory:

"A woman isn't an object, she's a component."

"The cerebro-spinal system is the crack between the worlds."

"Metaphysical areas of the anatomy."

I haven't recorded my dreams and inner voices for many years now, but recently had an opportunity to experiment with some laudanum. While dozing on this sedative it was quite easy to pick up these bits of unconscious palaver:

"You could hear the paint in a cheap child's voice: crying."

"Get your teeth and tiny real close together."

"And if the dye be coming in without any dim to prove it..."

Apparently this sort of speech is going on continuously within all of us -- it only requires a bit of discipline to capture it. (One of the biggest problems is the tendency to tell yourself that you'll remember it in the morning, so there's "no need to record it now" -- after all, "you need your sleep." I have lost some very amazing things in just this way.) Psychologists tend to view these phenomena as some kind of pathology -- after all, schizophrenics channel this sort of thing all the time. I submit that we are ignoring some very interesting data about the nature of consciousness by not taking these dissociated messages more seriously.