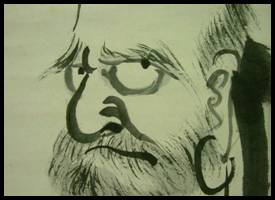 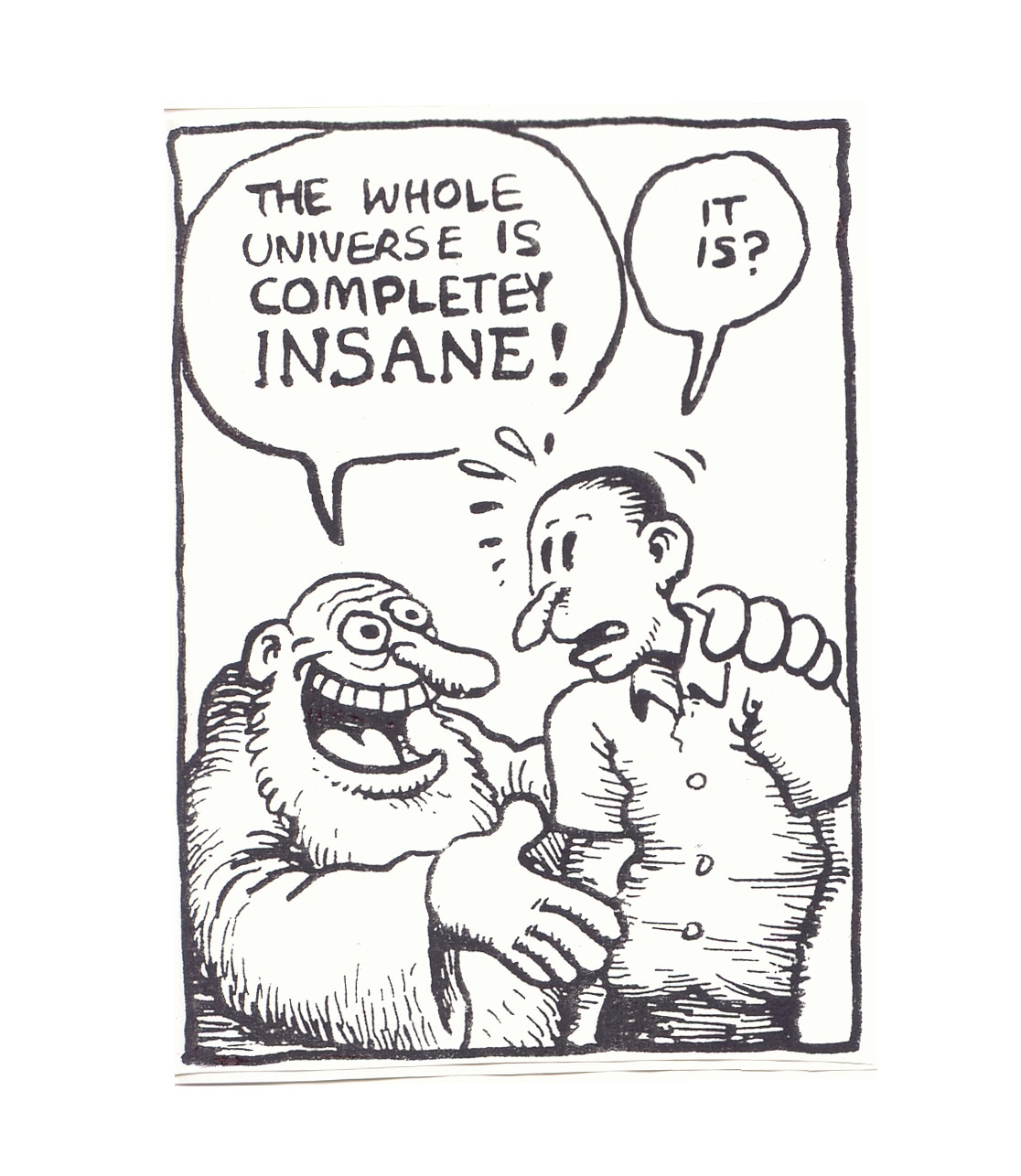 FOR MATURE AUDIENCES ONLY!

While sorting through some old unpublished “works in progress” I rediscovered The Chain of Infection, a novel that I suddenly feel inspired to share with the world. The best introduction to this book is the Foreword that I’ve just completed for its on-line incarnation:

I composed The Chain of Infection in 1963, and though it’s been collecting dust in a drawer for over fifty years I still regard it as one of the best things I’ve ever written. It’s a medical detective story, patterned (by default rather than conscious intent) on the “noir” genre novels of the 1930s and 1940s. Noir might be defined as: “detective fiction featuring a cynical protagonist, at least one femme fatale and lots of devious intrigue,” and is generally regarded as darkly stylish make-believe: Few readers seriously believe that noir authors like Raymond Chandler were describing their first-hand experiences, or that real-life private eyes like Phillip Marlowe actually worked the bleak streets of 1940s’ Los Angeles.

Which is not to claim that “cynical protagonists, fatal women and devious intrigues” don’t reflect the authentic noir of everyday life -- I know they do personally because I daily encountered them in my job in 1961 and 1962: The Chain of Infection fictionalizes the actual people and situations that I confronted as a venereal disease caseworker in early sixties California. (“Venereal Disease” [VD] is the old-fashioned, now perhaps politically incorrect term, for “Sexually Transmitted Disease.” Many contemporary readers may be unaware that in 1961 the present-day acronym, “STD,” had yet to be invented.)

Although “the names have been changed to protect the innocent,” and a highly fictitious plot has been imposed to structure my intended “message,” everything recorded here reflects the authentic reality that I was then encountering on those bleak streets of yesteryear. Ironically, “back in the day,” this authenticity was precisely what rendered the book unpublishable – it was considered “too noir” to sell!

When Henry Miller’s infamous novel, Tropic of Cancer (first published in Paris in 1934), came to America in 1961, it resulted in landmark legislation that dramatically liberalized the treatment of sexually explicit themes in fiction. But despite this new-found freedom, publishers still shied away from The Chain of Infection. Even though the novel contains only one sex scene (touchingly “vanilla” by today’s standards), it was the stark anti-eroticism of venereal disease that editors regarded as unmarketable: lots of uninhibited sex sells books, the consequences of lots of uninhibited sex, maybe not so much – or so conventional wisdom decreed.

Written decades before the AIDS epidemic expanded the public’s awareness of sexually transmitted diseases, the book may still be politically incorrect, though perhaps for different reasons. The overt racism, generic homophobia and casual misogyny displayed by the novel’s characters were commonly accepted attitudes among my colleagues in that place at that time. It should be obvious from context that those weren’t my attitudes then, nor are they now, and it’s assumed that the sophisticated reader will recognize that venereal disease is just an apt metaphor for an even darker, “more noir” malaise.

One can regard this book as a time capsule describing a markedly uncanny reality which was generally unknown at the time and is probably very different today: I am unfamiliar with current public health policies related to the so-called “social diseases” (another archaic euphemism), but I assume that those Health Department police powers that we accepted as normal in the early sixties may have changed considerably over the years. If so, when viewed from a “police procedural” point of view, the novel hopefully doesn’t betray any contemporary investigator’s trade secrets. At the objective level, it simply presents a disturbingly accurate description of a bizarre slice of life during a unique time and place in American history.

Now at the end of my seventh decade, living in the brave new world of instant self-publishing on the internet, I finally decided to put this book out there so that anyone who wants to can read it. No author likes to see his serious work refused solely because of an anonymous editor’s prejudice about what will or will not make money. Although I admit that the content of The Chain of Infection   might seem disturbingly strange (or even “too noir”) for some readers, decide for yourself whether this novel is worthy of serious consideration. (At a bare minimum you might encounter some obscure facts you never knew about venereal disease !)

Click on the book-link below and check it out.

The description: “Seeking the Self, solve et coagula, and when to hang up the phone: an illuminating talk with James DeKorne, author of The Cracking Tower and Psychedelic Shamanism.”

The current 2012 controversy spins around the optimist-pessimist axis, with the aggressively positive thinkers disparaging the Jeremiahs prophesying the end of the world, and vice-versa. Most affirmative solutions involve our usual knee-jerk: “We have to [ insert cure here] now!” response to any crisis. I am reminded of the est movement’s “Hunger Project” from 1977 – it was their stated goal to abolish world hunger by 1997, and if anyone expressed doubt about the feasibility of this, they were criticized as “negative” and “part of the problem.” I used to marvel at the entranced fervor of the est proselytizers: they sincerely believed that they were going to end world hunger through positive thinking alone; few, if any, people actually got a meal out of it though a lot of money changed hands. This of course is a form of consensus trance: mass mesmerism via implausible beliefs.

I chose the Hunger Project because it is an easily accessible example of the kind of consensus trance associated with the current 2012 challenge. This is not to belittle anyone’s legitimate concern or commitment, only to observe that there were numerous people back in the day associated with a powerful, well- organized, corporate entity (est), who poured considerable life energy into a problem that any unbiased observer immediately recognized as insoluble at the level it was being addressed. The difference between est’s Hunger Project and today’s vaguely proactive: “We have to [ insert cure here] now!” 2012 strategy is that est actually had some organizational momentum behind it, whereas our current Zeitgeist mandates that whenever four people assemble to address an issue, within the hour they will have split into at least two factions more interested in flaming each other than solving the original problem. Realistically, if we aren’t able to abolish world hunger, stop nuclear proliferation or even heal the Israeli-Palestinian split, how, pray tell, are we going to save the entire third planet in our solar system? Isn’t that a bit grandiose? Couldn’t one’s personal life energy be more profitably focused elsewhere?

The most plausible answer to such dilemmas is to assume a neutral observer’s stance and recognize that these polarities are the pairs of opposites that whirl the wheel of Maya: You can join either the Deva or the Asura faction and spin your wheels to generate more karma, or you can get in contact with your Essence and actually do the work you contracted to accomplish here below. (For all anyone knows, that may include becoming a planet-saving crusader: Mother Teresa certainly wasn’t spinning her wheels!) But I suspect that most of us aren’t quite at her level this time around. Until we commence work on our inner selves (easily as difficult as saving the world, but at least doable) we’ll just continue to buy into the ceaselessly shape-shifting, currently fashionable global “problem” in the illusion that we’re “doing something about it.”

I address these questions and provide a deeper background for their consideration in my book The Cracking Tower, now available from North Atlantic Books, Amazon.com, or your local bookstore. Tell ‘em Jim sent you.